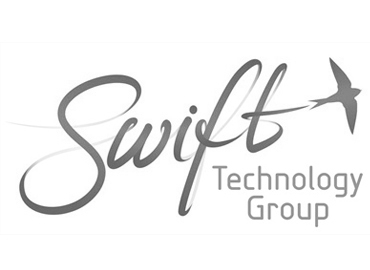 Swift Technology Group are an innovative company that work in engineering, design and renewable energy. Mike McLean’s contribution to the Thrive network has allowed Swift to soar…

Six years ago, a contact at Scottish Enterprise suggested ‘a good idea’ to Mike McLean. Attending a Thrive Networking event as a guest, Mike instantly saw the potential and made it his aim to benefit from what was on offer with the networking service.

At Thrive Networking’s organised group sessions, Mike took part in the ‘magic minute elevated speeches’, where people have the opportunity to talk about themselves and their business. With guest speakers and a Q&A to follow, Mike regularly attended these meetings; ‘I got to know a whole range of people – it was a very effective way of making contacts in the industry.’

Working in the renewable energy industry, Mike and his team had developed a new type of wind turbine where they were trying to find a market and how to operate. There were opportunities available at Thrive Networking; ’I met developers and owners…useful to apply to our own technology that we’d developed. Thrive Networking literally put me in front of a whole bunch of people. Time spent at events involved just learning and making potential customers.’ Thrive Networking’s events enabled Mike to develop his own skills and market Swift’s technological and engineering achievements. ‘The events gave me a chance to give presentations – two or three as a guest speaker – where I could stand up and showcase what we’d created.’

Swift’s ‘big success story’ eventually came out of Mike’s interaction with solicitors and other lawyers – people that Swift may have otherwise not encountered without Thrive Networking, or perhaps not considered as a potential route to market. ‘There were legal council people and solicitors there who were representing high end clients. I gave a presentation which was seen by one of the lawyers – we had a chat and I was put in touch with one of his colleagues.’

‘I had another phone call with a different lawyer, asking about Swift’s technology. He had clients looking for an investment and he put our name in front of two investors. We then achieved a seven figure sum.’ Mike explained how it took over sixth months from his initial presentation to the close, but he reiterated, ‘none of it would’ve happened if it hadn’t been for Thrive Networking. That’s how it works.’

Mike’s success at Thrive Networking, and the funding Swift received as a result of networking supports the idea that new business might not always come from who you think. ‘When you enter a room like that, you never know who you could be talking to – it might not be the obvious person.’

Mike has benefitted from the ongoing support of Thrive as a consultancy. ‘I’ve approached Thrive Networking to help with a launch event. They’re really well connected and they’ll follow up. With Thrive it’s cohesive events – not just canapés on a table, it’s getting the right people there.’

The success at Swift has encouraged Mike to recommend Thrive Networking and its benefits to other businesses. ‘It was an education. Thrive are innovative and imaginative. They open up opportunities, they pull in all these people in a non-threatening environment and use it to our advantage.’ He also speaks some home truths about getting new business in the modern world; ‘unless you sit for hours and hours and trawl through the internet, which most people can’t face doing, how do you find out about potential customers? It’s who you know, not what you know…’.